Simara James is a mother of two, mindfulness coach and consultant, author, podcast host and flexible work expert looking to improve the lives of women across the globe by sharing tips to creating more balance and design a live that's full of fulfillment. 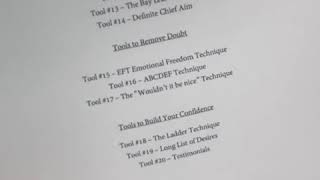 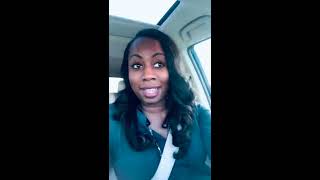 How the movie Aladdin Explains our Relationship to the Universe

The History of Work in America

For those of us born after 1950, a typical work day in corporate America has pretty much consisted of getting dressed in office appropriate clothing, getting in our cars, and commuting to a branded office building usually surrounded by other branded office buildings in huge corporate complexes. Those of us who have successfully checked off the boxes we're given in grade school (get good grades, go to college, get a good job) march in to spaces complete with cubicles and all of the heavy duty office equipment one could imagine to get papers pushed, phone calls made, and assigned tasks completed. Work schedules, office attire and office environment have become so cookie cutter that as a society we have come up with all kinds of slang to describe the approximately 8 hours per day we spend working such as "9-5" or …... Some refer to the office "uniform" as monkey suits alluding to the fact that there is a certain corporate personality one has to take on to "survive" in an office environment complete with lingo and mannerisms. What we don't often consider is how we got here. How did cubicles, coffee break rooms, and HR departments become the norm?

Rewind to the industrial revolution. There is much debate about what sparked this change in the way goods are manufactured that has completely transformed nearly every facet of life for most human beings on the planet. What is not debated is that it totally transformed how labor was viewed, transforming what used to be artisans, skilled workers, and tradesman into employees, human capital, founders and CEOs. (Side note: Because of the emphasis on college degrees and corporate work for the last 30 years, there is now a shortage of skilled tradesmen and women, in the US). The industrial revolution shifted "employees" from small operations into massive groups that now had the ability to impact, by their sheer numbers, the way government and business owners alike regulated the work environment. A few decades after American workers became employees, unions formed, joined forces and sparked the creation of the US Department of labor. Just for reference, here's a brief timeline courtesy of https://www.downsizinggovernment.org/labor/timeline

The point of sharing all of this was to illustrate 2 key points.

1. The US Work Environment Responds to the People

All of these massive shifts that have resulted in our current work environment were initiated by the people and for the people. I'll restate what was mentioned above. An official history notes that Labor's founding "was the direct product of a half-century campaign by organized labor for a 'Voice in the Cabinet.

Sometimes we think we are at the mercy of our environment. We believe that we should be grateful just to get a job and that we need to suffer through conditions that don't work for us and our families in order to "take what we can get". The truth is that we collectively shape our environment by understanding that we have the power to initiate change.

2. The US Work Environment is Ever-Evolving

The work environment for skilled laborers in and out of corporate is constantly evolving in response to the economic needs of the country as a whole and the individual needs of the labor force.

One thing that's true of business and of life is that it responds to the bottom line. Despite how we feel about something, what makes a difference is our impact on and contribution to the collective. Everything in our reality...the entertainment industry, the economy, what we are seeing in our communities, and even our work environments are constantly responding to the collective. Once we understand that, instead of just going along to get along, we can choose behaviors that initiate the types of changes we want to see around is. This experience is ever evolving, just as we should be.

The evolution of the American work force is far from complete. The changing demographics (more households with two working parents, more single parent households, different expectations of millennials, etc...) is causing yet another transformation. A dramatic increase in the number of telecommuters and remote workers.

Flexjobs, one of the biggest promotors of flexible work schedules, completed a study in 2017 illustrating the rapid rate at which telecommuting is growing in the US. According to their 2017 State of Telecommuting in the U.S. Employee Workforce report:

Dynamics are changing and the work force is responding. Employees at all levels, even up to the CEOs of companies are developing awareness of some of the benefits telecommuting can impact the work environment. Now we're starting to understand the positive impacts to the bottom line. The benefits to the employee are more obvious. On top of the monetary benefits (less gasoline, car maintenance, work attire, lunches out, etc...) those 11 days per year saved on the road make a huge impact. Truth be told, most of the telecommuters I've spoken to use a big chunk of that time and give it right back to their employer in the form of more time spent on tasks while at home. In most cases, when employees feel valued and trusted, they behave in ways that add value to the companies that employ them.

The impacts to the bottom line for companies, which are becoming more apparent as we have the data to crunch the numbers, are even more astonishing. While employees definitely get a break on costs, employers save even more money on remote employees. The $11,000 saved is no small change and that's just for a half-time commuter. Those savings don't even include all of the benefits to the employer that can't be quantified. Here are just a few of those:

Even the environment benefits from telework.

As we can see by taking a look at the history of the US Work Environment, the key to change taking place is understanding the "What's in it for me?" For all parties involved and fostering an environment of awareness.

How the movie Aladdin Explains our Relationship to the Universe